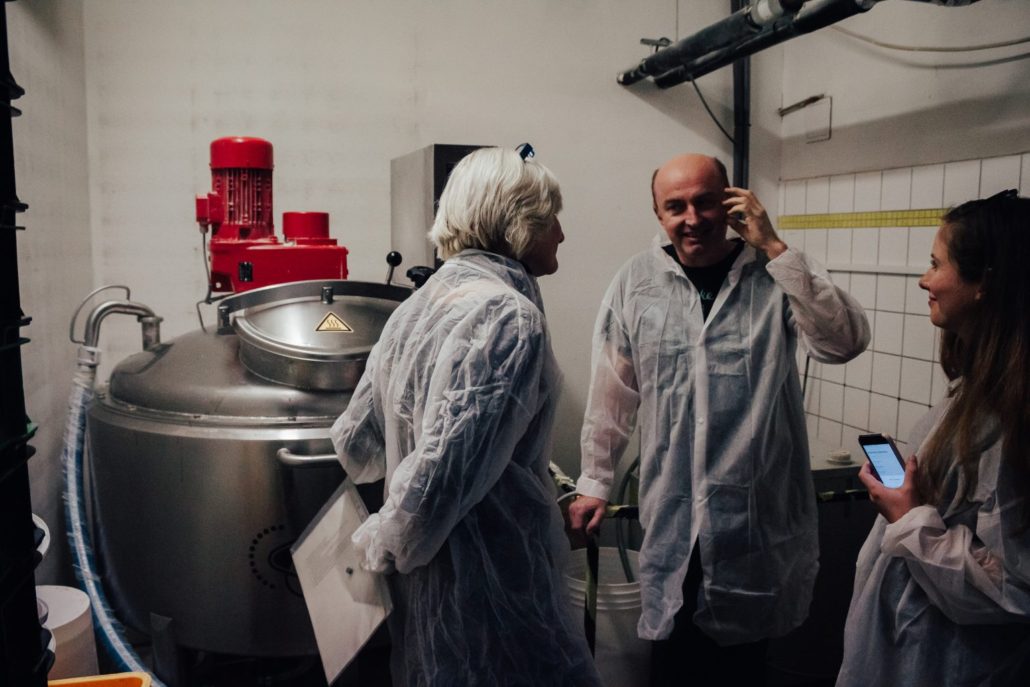 In today’s article, we would love to introduce the bakery “Náš Chléb.” We collaborate with them for over two years now and we paid them a visit to see how their production is going and to have a chat with their leader Pavel Mikula. not only about their bakery but also about the bakery process.

Náš Chléb bakery is located in Jablonec nad Nisou, a small town in the north of the Czech Republic, but their products can be found all over the north of the country. Next year, they will celebrate 30 year anniversary of their first batch of bread which was produced in Šumava settlement which gave the name to the company’s former name – Šumava Bakery.

We supply Náš Chkéb bakery with aroma technologies. They use rye and wheat fermentation which is used for example for making their newly developed rural bread that their customers love. This type of bread needs to have fully fermented wheat grain that is being soaked and boiled one day prior. Mr. Mikula told us that it is very important to use high quality and cleaned grains. Currently, they use our aroma to seven recipes, including very popular sweet rolls. Mr. Mikula also added that the implementation of the new technology helped them to improve quality, especially the freshness of the products. The bakery starts to deliver since midnight and thanks to using the new aroma technologies, they were able to shorten this period. Improvement is very visible at the previously mentioned sweet rolls, which led to adding butter sweet rolls and butter sweet buns to the bakery’s portfolio. Wheat-rye bread was also improved.

The beginnings of the company weren’t easy. The biggest challenge was to find high-quality suppliers, but also logistics between two factories. Back in the days, you could know their products from small self-service shops, but with the disappearance of this type of store, they have built their own bakery store franchise.

We also talked about the company’s future. The owners want to get back to the past and direct the bakery more towards handcraft. They are fully aware of all the difficulties which the produce without additives brings. Many people forget that not all emulsifiers are bad and they include substances like citric acid or ascorbic acid, which will not remain in the bakery goods at the end of the production. On the contrary, vinegar, which might seem okay when reading the packaging should not be included. Náš Chléb bakery is trying to find a good compromise between both approaches. They also emphasize that modern technologies should be adjusted to traditional ways, not the other way.

The conversation also included the bread production that media often marks as the “only normal” – the three stages one. If the production went back to this method, it could happen that there will not be enough bread for everyone because the production is very complicated. The price of such bread could climb up way beyond the usual price and many people wouldn’t be able to afford it. Also, the taste would be different from what we are used to.  Náš Chléb would like to add this type of bread to their current portfolio in limited amounts.

The speciality that dragged our attention, was definitely coriander Borodin bread. This unusual bread that Náš Chléb bakery makes traditionally from caramel with no colourings is very popular within Ukrainian communities all around the republic. Mr Mikula said that they are most proud of their Rural bread and Christmas sweet bread.

We also very appreciate that Náš Chléb bakery is trying to improve social problems in their area and they employ convicts from a nearby prison.

Installation in Mongolia is being finalised!

Login to Melvia
Reset Password
Enter the username or e-mail you used in your profile. A password reset link will be sent to you by email.